Florida Statute 61.13(4) – Can I Deny Time-Sharing for Non-Payment of Child Support? 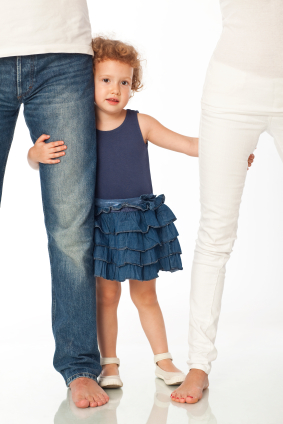 In fact, Florida Statute 61.13(4)(a) states that when a parent who is ordered to pay child support fails to pay, the parent who should have received the support may not refuse to honor the time-sharing presently in effect between the parents. Similar to 61.13(4)(a), Florida Statute 61.13(4)(b) provides that even if a parent refuses to honor the other parent’s time-sharing rights, the paying parent may not withhold court ordered child support simply because their right to time-sharing has been violated by the other parent.

These two subsections of statute 61.13 make it clear that a time-sharing order and an order to pay support are mutually exclusive. If a parent doesn’t pay support, the other isn’t allowed to violate the time-sharing order and if the parent receiving support withholds time-sharing, the paying parent may not withhold support. Parents should not resort to “self help” mechanisms of punishing the other parent by withholding the children or not following their parenting plan or time-sharing order. The court entered those orders while considering the best interest of the child and one parent cannot override the court’s order simply because they are not receiving support.

If the paying parent does fail to pay their court ordered support, the Florida legislature provides for mechanisms that can serve as penalties for failing to pay support. For instance, Florida Statute 322.245 provides that a payor’s driver’s license can be suspended for failing to pay support or alimony ordered by the court under chapter 61. The statute says that the state disbursement unit or clerk of court can even impose a fee for administration of the delinquency. And, if a party’s driver’s license is ultimately suspended for failing to pay support and they are caught driving by law enforcement, there might be serious ramifications including possible criminal charges. There might be other remedies available for when a party does not pay child support such as suspension or revocation of professional licenses or other consequences ordered by a court.

Our office has experience with assisting parents with their enforcement of child support orders. We offer free consultations with an attorney to review your existing support order and nature of the arrearages that you might be owed. We handle primarily family law and cases involving time-sharing, child support, and divorce issues. Call (888) 984-6487 to setup a free no-obligation consultation to speak to an attorney now.

How Long Will My Family Law Case Take?

Will I get Alimony? – Understanding Spousal Maintenance in Florida Divorce